Living in an era when any stray curiosity or question can be solved in the amount of time it takes to retrieve a smartphone from a pocket, it’s easy to assume that the Earth and its life hold no new mysteries.

But scientists at the Academy of Natural Sciences of Drexel University routinely work on mysteries, and that work can result in the discovery of unique life.

Check out some examples of discoveries that were added to the catalog of life in 2015 by Academy scientists.

Across the world, there are more than 3,700 recognized catfish species.

But in one area of Sumatra in Indonesia, locals have known about a previously unidentified species for years. This year, with the help of the Academy’s Ichthyology team, that catfish got a name.

John Lundberg, PhD, emeritus professor in Drexel’s Department of Biodiversity, Earth and Environmental Science (BEES) and the emeritus curator of Ichthyology at the Academy,  said a friendship with Heok Hee Ng, PhD, of the Lee Kong Chian Natural History Museum of the National University of Singapore, led to the catfish specimen coming to the Academy for study. 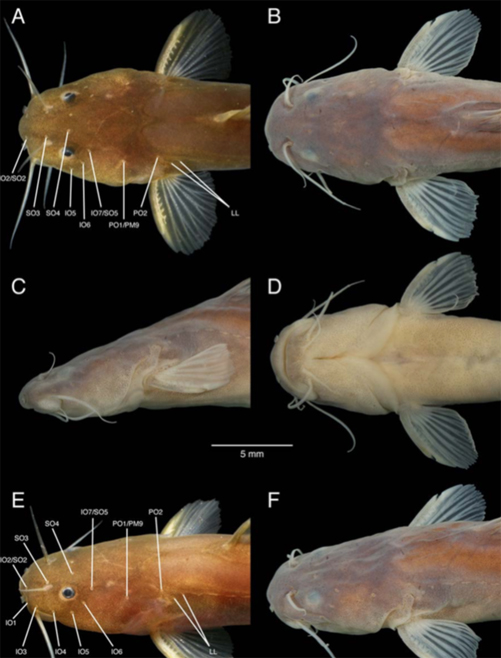 “He contacted us about this new species — just one specimen in hand — to ask if we could X-ray it in order to gather information on the bony skeleton, where there’s lots of good information,” Lundberg said. “But the specimen had been poorly preserved, and most of the bone was decalcified, and that does not show well in X-rays. But we proceeded using mostly external characteristics.”

Kyle Luckenbill, a research/curatorial assistant in Ichthyology at the Academy, photographed the specimen and prepared the illustrations for publication in which the species was named Sundolyra latebrosa.

What they were able to discover was that the eight-inch fish was different from many other catfish in that it had an eel-like body form, no spine on the leading fin on its back, and less bone projecting from the back of its skull.

The species most closely resembles Olyra longicaudatus, but Sundolyra latebrosa has a dorsal fin farther forward on its body that also features a long spine instead of a soft, flexible ray. The spines of side fins are smooth without serrations, and the tail fine has more fin rays, among other distinct features.

“It’s too bad we only got one specimen of Sundolyra latebrosa, but it’s always great to discover and document a new species,” Lundberg said.

Another Piece of the Rheophyte Puzzle

Until recently, the flora of the interior of Cambodia’s Cardamom region has remained largely uncollected and uncatalogued. But as Cambodian and international survey teams collaborate, more and more species are coming to light. 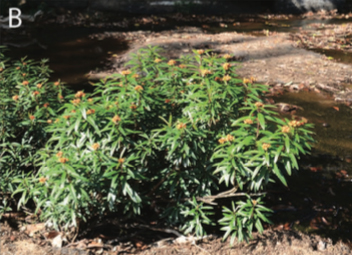 Such was the case for Sarcolobus cambogensis, a rheophytic shrub (rheophytes are plants that live in fast-moving water) that was discovered growing in the Tatai River in the Koh Kong province and sent to the Academy for identification.

The species were collected repeatedly over the last decade by researchers from South Korea, Ediburgh, Paris and Harvard. Elizabeth McHone, a PhD candidate in BEES and Tatyana Livshultz, PhD, associate professor in BEES and assistant curator of botany at the Academy, used these specimens and images provided by several collectors to determine that the plant was a unique Sarcolobus species similar, to but distinct from, two previously described species, Sarcolobus luzonesis and Sarcolobus borneensis, which are from the Philippines and Borneo, respectively.

Sarcolobus cambogensis differs from the latter two species in its broader leaves, prominent coronas (coronas are crown or tube-shaped protuberances most famous in flowers like daffodils) on the stamens, and a differently shaped pollen transport apparatus.

Livshultz believes this new discovery will provide a window into the evolution of rheophytism.

“This is the third species of rheophyte described from Sarcolobus,” Livshultz said. “The three species are geographically isolated from each other—in Cambodia, Borneo and the Philippines. Did the rheophytic habit evolve independently in each place or are these species all descended from a single most-recent common ancestor exclusive to them?”

Adding to the diatoms she’s already had a hand in discovering and classifying, the Academy’s Marina Potapova, PhD, an assistant professor in BEES, can add two more to her tally. 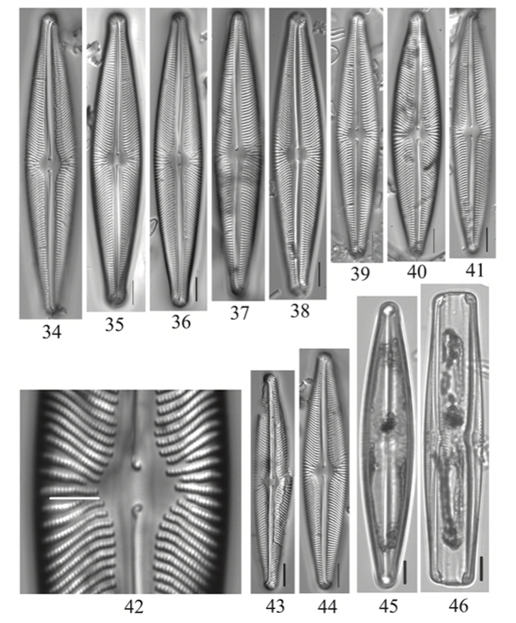 Diatoms are a group of unicellular algae that are spread throughout the Earth. This year, Potapova’s colleague, Loren Bahls, PhD, of the Montana Diatom Collection, uncovered two new species in the Cascade Mountains in western Oregon and sent samples to Potapova for investigation.

Thanks mostly to scanning microscopy, Potapova was able to determine that the diatoms’ skeleton structure—made from silicon dioxide, or glass—were unique enough to be named as two new species: Navicula volcanica and Navicula subwalkeri.

“The new species are clearly endemic of the Cascade Mountains,” Potapova said, adding that the discovery shows the species are likely not very widespread. “This finding contributes to our understanding of the biogeography of microbes and also is important as it helps us to better use diatoms as environmental indicators.”

🦖The oldest natural history museum in North America
🗓 Open Wednesday-Sunday, 10 a.m.-5 p.m.
🎟 Plan your visit and save $2 on tickets at ansp.org

🆕 on the blog: 10 hikes you can take to explore

Joining in the #ArchivesHashtagParty! 🌳⁠ Fiel

L👀ks like our moose is a big Baby Yoda fan.⁠

Join the Academy of Natural Sciences for our first

The latest edition of Green Verses, the @drexel_be

City Nature Challenge is back for 2022! The CNC is